Since 1934, Kessel Construction has been dedicated to its customers and committed to providing high quality construction no matter how large or small the project. We strive to deliver every project on-time and on-budget without any unpleasant surprises along the way.

We rigorously screen and select our subcontractors and suppliers to not only meet the expectations of our clients and each project but also to meet our own high standards. We value the relationships we have forged over our 85 year history and look forward to serving our clients for many years to come.

The Kessel Construction chronology begins in 1934, when W.O. Kessel founded the company to service the thriving petroleum industry in northern Pennsylvania.

'56, Dick Kessel joins the company to work alongside of his father William Oscar Kessel.

'64, Kessel expands its services to include sheet metal and steel fabrication while adding erection crews.

‘70, Kessel continues to grow with the addition of concrete foundation services and floor slab crews.

’08, Tim Asinger assumes the role of vice president and along with his wife Kristin “Kessel” Asinger, move to the corporate office in Bradford, PA.

Since the very beginning, Kessel Construction has been recognized for its high quality commercial and industrial building projects. And beginning again in 2009, Kessel is proud to serve the oil and gas industry, following a lull in crude oil production in Pennsylvania during the 90’s.

Kessel Construction is also very community oriented and actively participates in many civic and charitable causes in Bradford and McKean County as well as throughout the Southern Tier of Western NY and PA.

The core principles of safety and quality continue to be a benchmark throughout Kessel’s history. 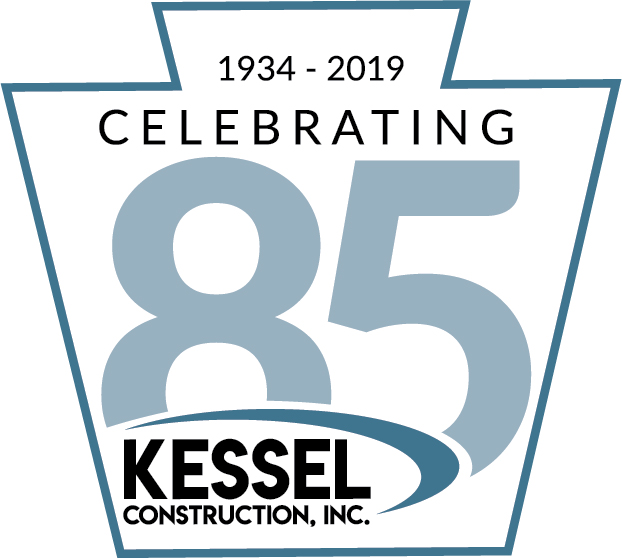